New Gig Handbook publised and can be downloaded here

Gig Rota. We have registered the club for this new rota which hopefully will help rowers plan their sessions and organise 'boats'. Simply login (here), and follow the instructions to register; just ensure you select 'Combwich Gigs' club when prompted.

With a grant from Somerset Community Foundation (HPC Community Fund), CMBSC  and Otterhampton Parish Council purchased a new fibreglass Gig. The Gig 'William Johnson' was launched in April and has attracted a lot of new members.

Only wooden Gigs can be used for official competitions but it is a great way for us to get started, attract new members and a wooden boat has recently been offered for us to rent.

The Cornish Pilot Gig is a six oared rowing boat, built of Cornish leaf elm, 32 feet (9.8m) long with a beam of four feet ten inches. It is recognised as one of the first shore-based lifeboats that went to vessels in distress, with recorded rescues going back as far as the late 17th century.

The original purpose of the Cornish Pilot Gig was as a general work boat, and the craft is used for taking pilots out to incoming vessels off the Atlantic. At the time, the race would be the first gig to get their pilot on board a vessel (often those about to run aground on rocks) got the job, and hence payment.

Today, pilot gigs are used primarily for sport, with around 100 clubs across the globe. The main concentration is within Cornwall and the Isles of Scilly, however clubs exist in Somerset, Devon, Dorset, Wales and London. Internationally there are pilot gig clubs in France, the Netherlands, the Faroe Islands, Australia and the USA. 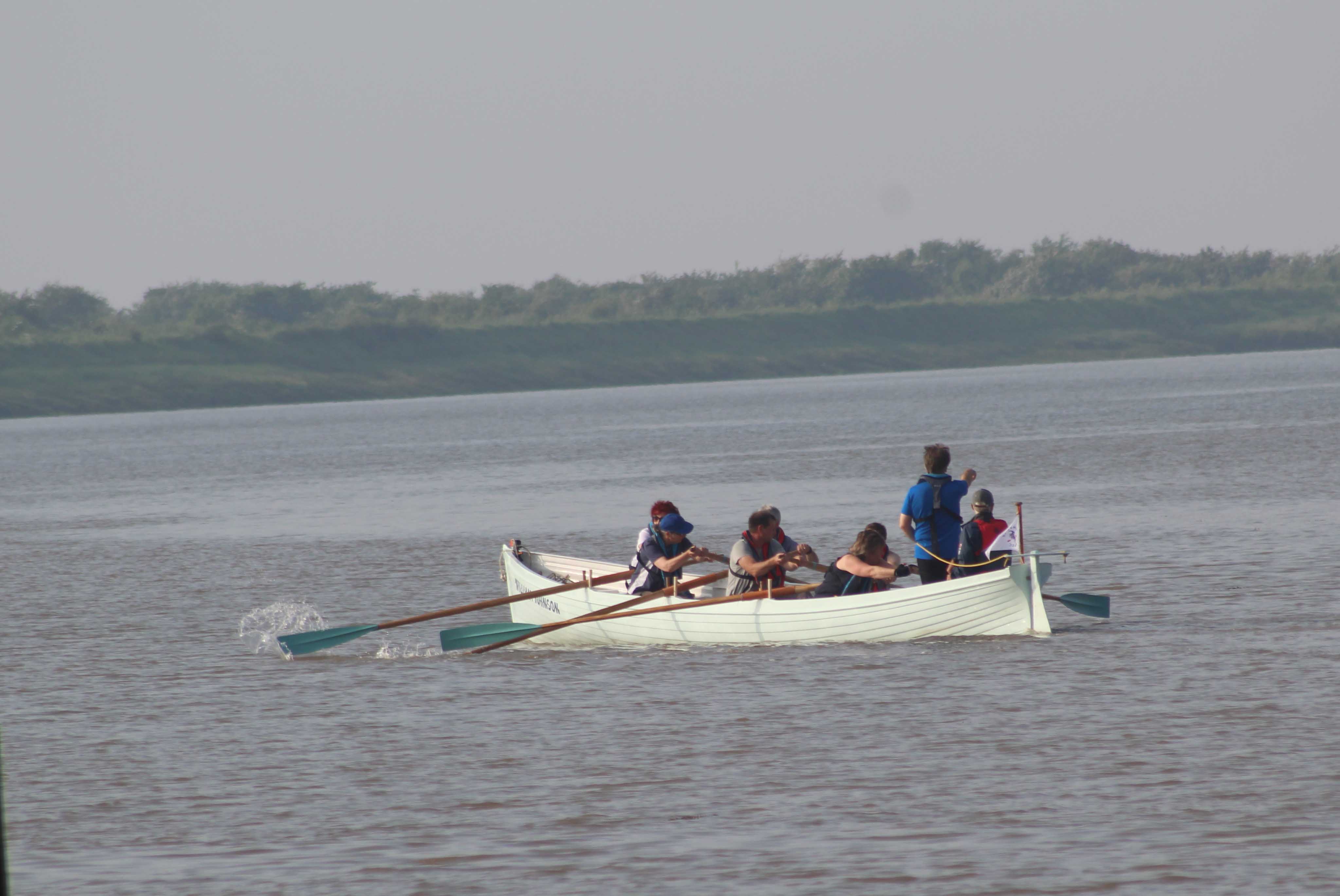 All modern racing gigs are based on the "Treffry", built in 1838 by William Peters of St. Mawes, and still owned and raced by the Newquay Rowing Club. However non-racing gigs have been built which do not conform to the exact specification of the Treffry and are disallowed from racing in competitive races.

The sport is governed by the Cornish Pilot Gig Association, which monitors all racing gigs during the construction phase. The Association's Standards Officer is responsible for measuring every gig at least three times during construction, to ensure that it conforms to the Standard set by the Association.

Two of the Combwich Gig Rowers, Basil Stow & Verity Jones took part in a Regatta in Bermuda recently and represented the club in our racing colours which prompted many questions of "where is Combwich?" putting us on the map. The club is considering sending full teams to the next Regatta in Bermuda in two years time. 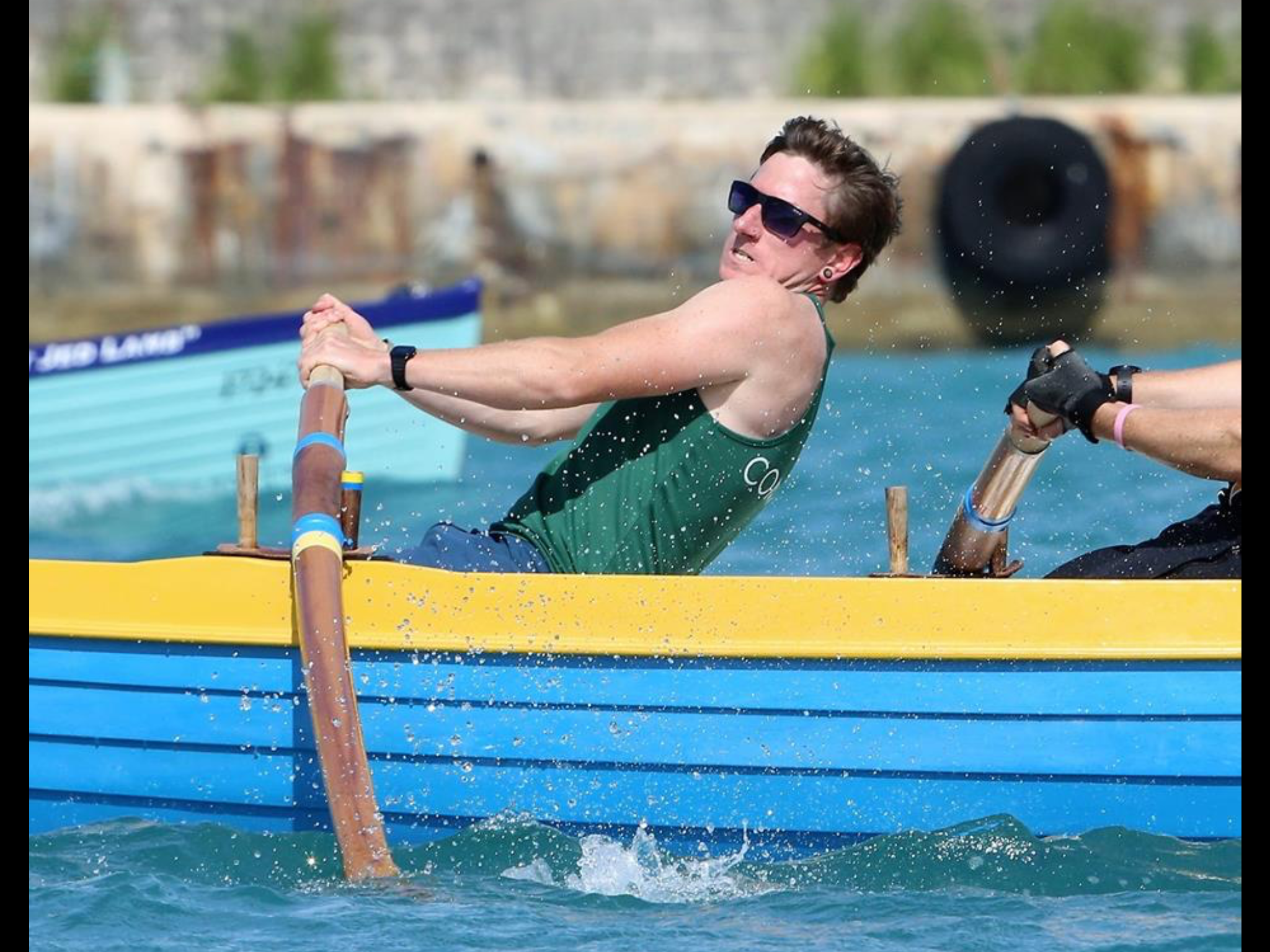 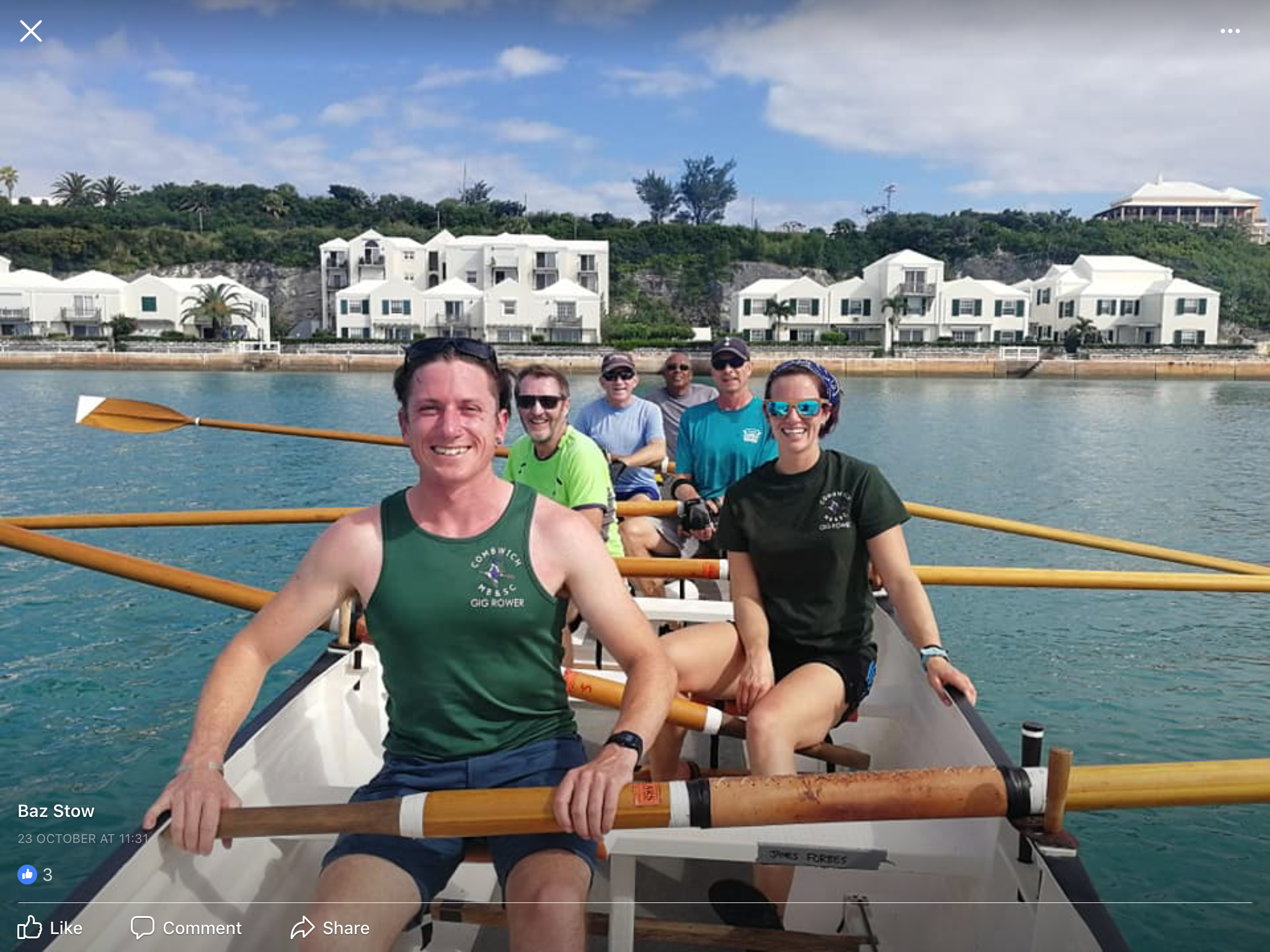 For general equiries and membership get in touch with our Secretary Trevor via our contact form or download the membership form.